My contact in the world of Eastern Orthodoxy, known only as The Late Fr. Orestes, passed along this British account of an elderly Greek man suing the Swedish manufacturers of Turkish yogurt for using an image of him sold by a Spanish agency.

Yes, there will be a quiz. (Hint: the answer to question 5 is either the Battle of Lepanto or "True: 'It is a skirt with a grudge' is the best sentence in the article or indeed in any of the past ten things I have read anywhere.")

Meanwhile, here is another piece on the issue from a marketing/intellectual property perspective, with the extra added bonus of the guy's lawyer showing up in the comment thread.

But to return to this post's title, I think it would be pretty obvious to any Turkish person that this guy is not Turkish: 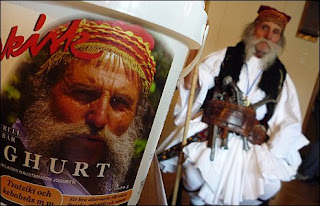 To be fair, the last direct contact Sweden had with Turkey was when Charles XII fled there.

On the other hand, if I were to start my own line of Turkish yogurt, I would slap this on the outside tout suite: 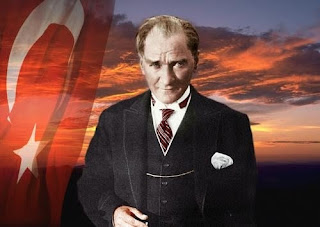 Labels: get off my beard, istanbul not constantinople