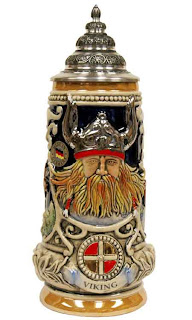 Most of the masthead of this blog and many of the occasional commenters met through a certain regularly scheduled happy hour that has taken place in and around Washington, DC, for the past many years. If you know the history or just want to know where to get a drink this Friday, please scroll to the final paragraph. Otherwise, please read on.

It all really started before the digital age when, in 1991, I started to run into former college classmate JWE while commuting into the city via Metro. That's how we did it in the old days, folks, before Facebook. We scheduled a few after work gatherings, until one evening during the winter of 1991-92, when four alums got together for a few beers. For the sake of posterity, their number included JWE, a fellow named MAK, me, and a lass whose name needn't be bandied about in these parts. At the end of the evening, I mentioned to MAK that it would be nice to hold the meetings more regularly, and so the happy hour has met weekly and with very few interruptions since that date.


In the early years, MAK set the venue and issued the call to arms by telephone, by which I mean landline, of course. Regular attendance increased over time, in large part thanks to JJV, who happens to know a lot of people who don't think similarly to himself, so those folks were all welcome. When work caused MAK to move out of town for a few years, he bequeathed administration of the events to me. I converted the still growing list of attendees to e-mail, which helped to solidify the expanded following. After many years, I had to pass the torch to Dave P., who has ably managed the weekly events while parenting has caused many of us to drift in and out of the regular scene.


Dave P. recently embarked on a three-month tour abroad, where he is keeping the world safe for longstanding happy hours. While he is away, MAK and I are coming out of retirement to make sure that things remain organized until Dave P's return in April. That's not to say that we won't tinker with the formula, but we hope to deliver the same kind of old-school professional and social networking that the events have always offered.


In the meantime, feel free to share in the comments section--without naming any names--your favorite memories from the past 18 years of general foolishness. Among my personal favorites was the Burning Coffee Table of Cleveland Park, which was unfortunately a JWE heirloom. It was no Holy Hand Grenade of Antioch, but it spoke to me in its own way. Others might wax rapsodic over a 1996 RV trip to Ann Arbor to deliver some happy hour joy to two of the treasured regulars. There's much confusion over everything that happened that weekend, and I'd have to say that's probably for the best. 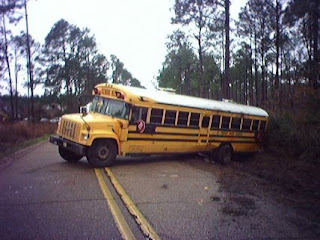 For this week, please report this Friday, January 8, to the Old Dominion Brewhouse, which is located at 1219 Ninth Street, NW. It's very convenient to the Mt. Vernon Square-Seventh Street-Convention Center Metro Station on Metro's Yellow and Green lines. The festivities start at 6:30. If you don't know me, I look Midwestern and answer to JWT.
Posted by JWT at 1/04/2010 08:55:00 PM

What a lovely toast -- I mean post. Cheers, JWT. Wish I could attend.

I am honored beyond words that you have used our blog as a forum in which to call HH.

If memory serves, a spring 1999 happy hour at the Zoo Bar in DC served as the emergency planning session for the Virtual Reception we held for JJV and his lovely bride, who got married in Vegas' only (at the time) Internet-equipped wedding chapel. It was an emergency because JJV had sprung the news on us by email that (Friday) morning, and we held the reception at our apartment the next day.

Other HH memories fall under the categories of "Strategically Incomplete" or "Nope Wasn't Me" and are best left unspoken, except for someone being held up by her hair at her birthday HH.

J--Thanks. We'll leave the light on for the next time you're in town. In fact, given your expertise, maybe we should hire you for a lecture series.

Dave S--The only way that mock reception could have been better was if the happy couple could have actually attended. BTW, the word verification is remarkably the first three syllables of their last name.

Excellent post JWT. The truth is out there regarding the RV. Perhaps the bus picture was posted b/c there are no photos of our RV being IN A DITCH (albeit briefly)?

It took years for me to live down the HH where I had to visit the little girls room and go home in a cab after 3 quick martinis on an emptly stomach. Base, pace and a nap are needed for that type of consumption. BTW this did not happen on my b-day.

I'm often the lone chick at HH and am happy to carry the torch for my long missed, ever loved sisters.

A memorable HH was when we finally arrived in Boston, via Providence for a Bosox weekend for JWT. After being relocated to another hotel, Dave S., his now lovely wife, CRH and I gathered at the bar for just before last call, to make it official.

I attempted to draft a profound and insightful response to JWT's trip down memory lane.

However I will only itemize a few HH thoughts:

1. I am quite sure one of my worst hangovers occurred following HH of epic proportions in the company of Dave S. & CRH circa 1998. Yes, it was fun but what were we thinking?

2. The Michigan RV trip was our first, and last, mobile HH and that axle was just asking to be broken. It was never in a ditch but a nicely rounded (yes concave) grassy depression. I should not have been driving but nobody else was sober, either.

3. 17 years after its' traumatic experience in the Cleveland Park apartment, the Henredon coffee table still graces my living room showing no signs of abuse.

4. Ok, one more: our cheapest HH had to be one of the first at The Bardo (not the time I talked to the cop during a sobriety sweep and risked my friendship with JWT) but a HH where we must have consumed about 10 pitchers for $20.

To even admit to a grassy depression (is that the opposite of a grassy knoll???) is a huge step. The rest of JWE's compatriots who went to retrieve the land vessel can learn a lot from him. Acceptance is the first step boys.

I'm waiting for the Zapbruder film of Ann Arbor to surface. The truth IS out there!!!