Jane has Vera. Richard has Oliver. I never gave it a name, but I am going to miss it.

This week I bid a bittersweet farewell to a faithful companion of twelve years: my Sony Tivo SVR2000.

Once upon a time it was the cornerstone of our media center. It commanded hundreds of analog channels, and I spent a lot of time worrying about managing subscriptions and making sure it didn’t run out of space. (There are too many Letterman’s and we need to record West Wing in best quality.) 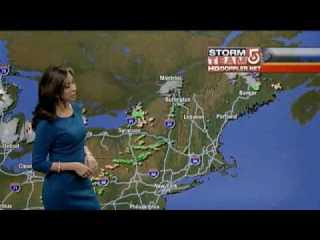 At the end it sat, plugged in but little used in the corner of the bedroom, told only to record 20 minutes of the daily morning newscast for the weather.
It was attached to a perfectly serviceable 13-inch CRT Sony television that will cost us $35 to “process” at the dump should we choose to discard it.
My TiVo still operated exactly as it was intended to, even after several OS upgrades. It had the best remote control of any device I have ever had.
Its obsolescence was imposed by all the changes in technology around it.
It was equipped with a modem that would use a phone land line to call TiVo to download its scheduling data. First problem was that, over time, voltage spikes transmitted through the phone cables tended to fry the modem port. Without up-to-date schedule data, the device was just a dumb VCR with a hard disk. I had the modem replaced twice, both under warranty. The third time (which was after the warranty lapsed) I hardwired an Ethernet connection to the motherboard and used the Internet to get the updates. Nowadays you’d do this to hook up your toaster; back in the early 2000s this was a more respectable feat.
The other change was the conversion of television signals from analog to digital. We got a letter from our cable company that they were no longer going to transmit any analog signals and inviting us to obtain free digital converters. Industry-wide, the analog “must-carry” rules are lapsing. It wasn't worthwhile to try to force the TiVo to talk to a new device via a long-lost infrared transmitter doohickey. The essence of the system was simplicity: it took a cable from the wall and it worked. Till now. 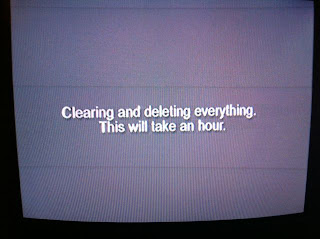 Even when the choice was clear, I felt an odd reluctance to actually do the deed. It’s hard to account for the feelings I experienced. Frugality, nostalgia, perhaps sheer inertia, blended with a drop of projected anthropomorphism.
I hesitated.
I wonder if people who order their world by the gadgets and equipment they own feel the same way when it is time to say goodbye to their old stuff.
If they do, they're crazy.
Posted by Bob C. at 3/10/2012 09:40:00 AM

We recently said goodbye to our TiVo, too. The spouse was a bit emotional about it at first. I think he built our first one. Of course, over the years, our (now teenage)daughter had taken over the TiVo, so there was no room for our shows. Now we have a multiroom DVR, though with On Demand and the Internet, we don't use the DVR that much (or I don't). Pretty soon, we'll all be wearing glasses that instantly download our favorite shows. Sigh.

Did it sing "Daisy" as its mind went?